In the design of ship pipeline, first of all, it is necessary to consider meeting the process requirements of pipeline, and also consider the stress conditions of equipment, pipeline and its components to ensure safe operation; The pipe stress is affected by the climate or the cold and hot changes of the medium on the pipe, and its change is mainly related to the flexibility of the pipe design; The purpose of pipeline flexibility design is to make the entire pipeline system flexible enough to prevent the following situations from occurring due to the temperature, dead weight, internal pressure and external load of the pipeline system or due to the restriction of the pipe support and the additional displacement of the pipe end: 1. The pipeline is damaged due to excessive stress or metal fatigue. 2. Leakage at pipe joints. 3. The thrust or torque of the pipeline is too large, which causes excessive stress or deformation of the equipment connected to the pipeline, affecting the normal operation of the equipment. 4. The pipe support is damaged due to excessive thrust or torque of the pipe.
In the XJ23-1 FPSO project undertaken by our factory, the flexible design of the pipeline has been fully considered; FPSO is a 100000 ton offshore floating production and storage unit built by our company for CNOOC. The length is 232.5 meters, the molded width is 46 meters, the molded depth is 24.1 meters, and the design draft is 16 meters; Due to the large size of the ship hull, in order to overcome the destructive impact of the sagging arch on the ship pipeline caused by the fluctuation of the ship in the sea with the waves, as well as the thermal expansion and cold contraction of the pipeline, it is necessary to consider selecting appropriate measures to increase the flexibility of the pipeline during the pipeline design. The flexible design of FPSO pipeline is mainly reflected in the main deck and the pipeline in the cargo tank and ballast tank. Due to the small size of the engine and pump cabin, the flexible design concept is naturally introduced into the pipeline.
Flexible design is usually divided into natural compensation and compensator; Natural compensation mainly includes L-type, Z-type, spatial type and rectangular compensation, as shown in the following figure: 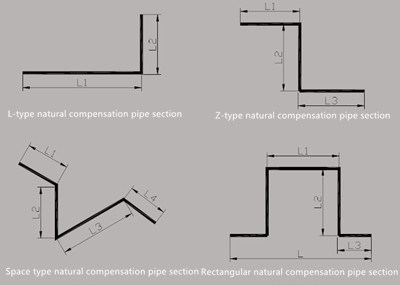 According to the above formula, the force of blind flange of different specifications can be calculated. 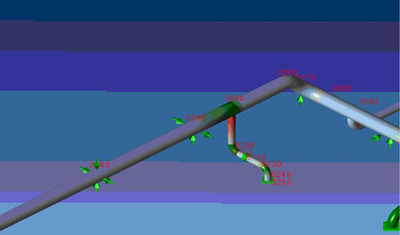 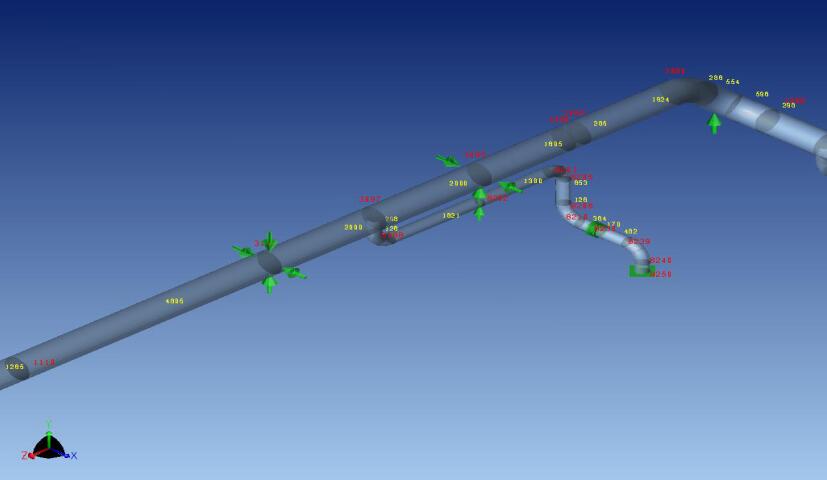 After modification, the stress at 3097 point of tee passes through, and its stress level is as follows: 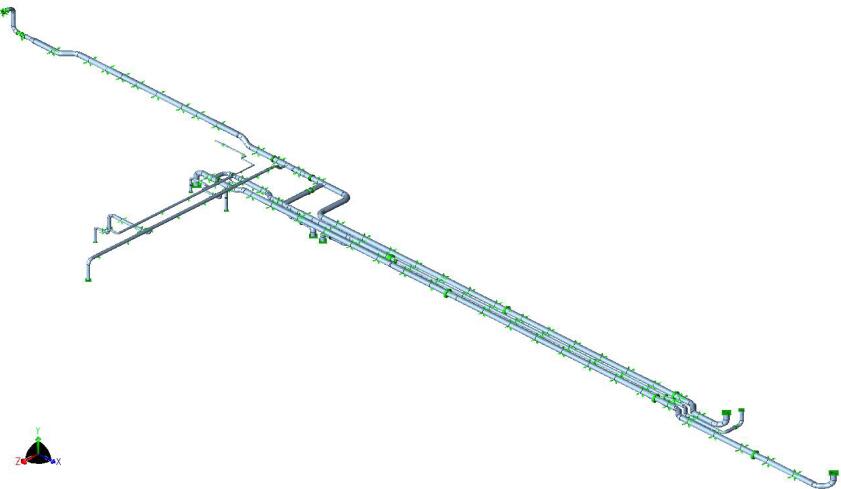 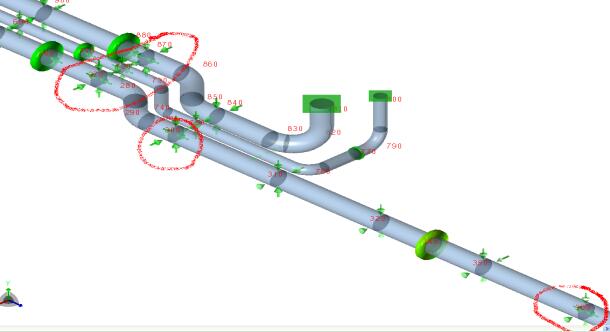 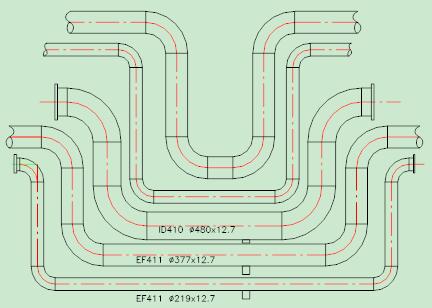 From the analysis and calculation process of the main pipe support, the layout of flexible pipes should follow the following principles:

design of ship pipeline , pipeline flexibility design
Share:
PREV： Pipe Reducer
NEXT： How to solve the leakage of flange interface