What is the role of heat treatment? 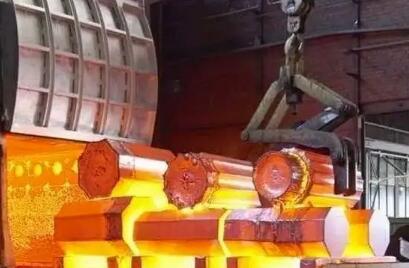 The purpose of the final heat treatment is to improve the hardness, wear resistance and strength and other mechanical properties.
(1) Quenching
Quenching has surface quenching and overall quenching. Among them, surface hardening because of deformation, oxidation and decarburization is smaller and more widely used, and surface hardening also has the advantages of high external strength, good wear resistance, while maintaining good internal toughness, impact resistance. In order to improve the mechanical properties of surface hardened parts, often need to be tempered or normalized heat treatment as a preparatory heat treatment. The general process route is: the material – forging – normalizing (annealing) – rough machining – tempering – semi-finishing – surface quenching – finishing.
2）Carburizing quenching
Carburizing quenching for low carbon steel and low alloy steel, first improve the carbon content of the surface layer of the part, after quenching so that the surface layer to obtain a high hardness, while the heart still maintain a certain strength and high toughness and plasticity. Carburizing is divided into overall carburizing and partial carburizing. Partial carburization of the non-carburizing part to take anti-carburizing measures (copper plating or plating anti-carburizing materials). Due to carburizing quenching deformation, and carburizing depth is generally between 0.5-2mm, so the carburizing process is generally arranged between semi-finishing and finishing.
The process route is generally: the material – forging – normalizing – roughing, semi-finishing – carburizing quenching – finishing. When the partial carburizing parts of the non-carburizing part of the process plan to increase the margin, remove the excess carburizing layer, the process of removing the excess carburizing layer should be arranged after carburizing, quenching before.
3）Nitriding treatment
Nitriding is to make nitrogen atoms penetrate into the metal surface to obtain a layer of nitrogen compounds treatment. Nitriding layer can improve the surface hardness, wear resistance, fatigue strength and corrosion resistance of the parts. Due to the lower nitriding treatment temperature, small deformation, and nitriding layer is thin (generally not more than 0.6-0.7mm), nitriding process should be arranged as far back as possible, in order to reduce the deformation of nitriding, in the cutting after the general need for stress relief of high-temperature tempering.

For heat treatment of aluminum, the most reported problems include: