What is cold forging?

Generally speaking, cold forging is to obtain the final shape of the part through the combination of various processes. Figure 2 is an example of cold forging. After the blank is cut off, the shaft is extruded forward, the cup tube is backward extruded, the cup tube is extruded forward, upsetting, punching and tube forward extrusion are formed.
It is divided into multiple processes to avoid excessive pressure during one-time forming. Because the less the process, the lower the cost. Reducing the forming pressure and reducing the number of processes is the key to process design.

Fig. 2A shows the free upsetting of the outer surface without die constraint. The processing pressure increases with friction constraint. When the billet height h is greater than the diameter d0 (H / d0 > 1.0), C = 1.2, but when the billet becomes thinner, C will rise to about 2.5.
When the reduction rate increases, as shown in Fig. 3, cracks will appear in the oblique direction and longitudinal direction of the peripheral surface. The occurrence of crack depends on the ductility of the material, so it is necessary to use the material specially made for cold forging. When the reduction rate increases, the size of constraint coefficient for various upsetting is given in Fig. 2. 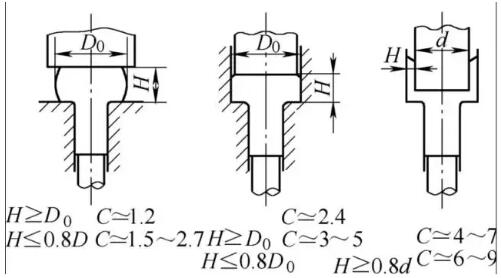 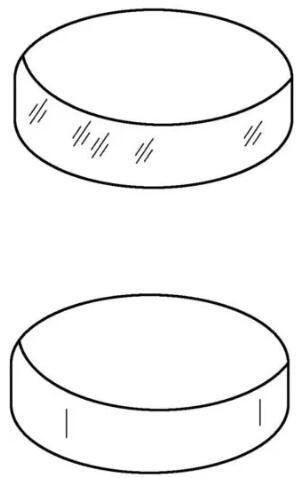 Fig. 3 upsetting crack
In free upsetting, when the initial height of the blank is more than 2 times of the diameter, as shown in Fig. 4, the bending of the blank is caused by the instability of the material, thus forming a folding defect. In order to prevent the instability of the material, the die with the shape of Fig. 5 is usually used for the preparatory forming. 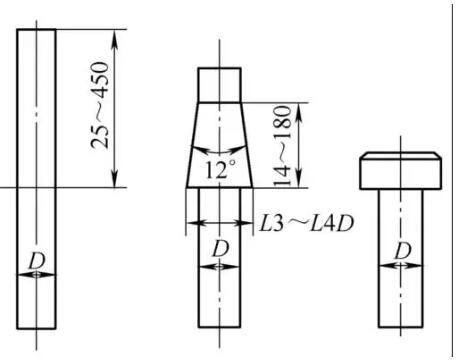 As shown in Fig. 6, semi closed forging is a method to increase the pressure in the die cavity and promote the material filling by producing flash. When the flash is compressed, the constraint coefficient C will increase to 6.0 ~ 9.0, and the thickness of the flash should be controlled above the necessary thickness. Figure 7 is an example of cold forging using semi closed forging. 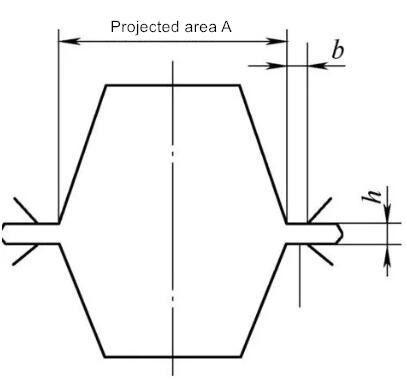 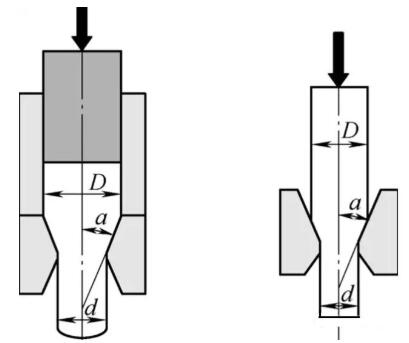 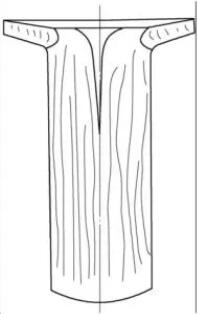 Cup barrel extrusion is the most commonly used method in cold forging, when the outer diameter of the blank is constrained by the die, and the punch is squeezed into the material to form a cylinder part with bottom.

Generally, the material flow direction is opposite to the movement direction of the punch, so it is called back extrusion. However, there are forward extrusion methods in which the punch does not move to form cylinder parts by extruding the material. As shown in Figure 11: 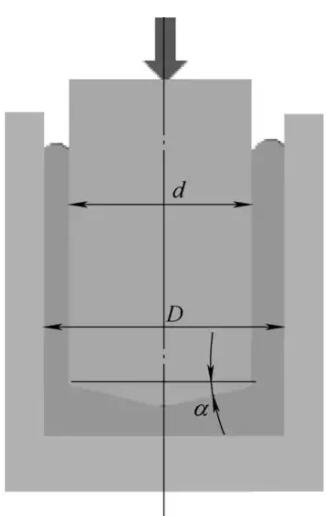 Figure 11 back extrusion of cup shell

Generally speaking, cold forging requires multiple processes, which is mainly due to the excessive pressure of the die when one process is used. High die surface pressure will not only cause the strength damage of the die, but also cause the elastic deformation of the die, resulting in the reduction of the precision of the forging products.
Recently developed gear cold forging process, if using the usual forging method, requires a high forming pressure to complete the filling of the tooth profile. In order to forge gears with as few working procedures as possible, it is necessary to use the closed forging or split forging method with compound motion function. 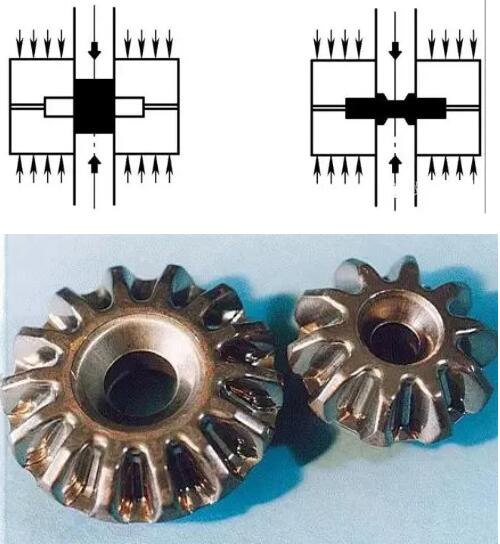 Fig. 12 principle of closed forging and forging of bevel gear

The principle of split flow forging is to design space for material flow in both the main direction and the opposite direction of material flow, so as to reduce the forging pressure.
In the case of reverse extrusion as shown in Fig. 13a, the method of designing an extrusion outlet in the front is called the method of discarding the shaft. Figure 163 is to flow the material to the outside of the tooth shaped part, and at the same time, a cavity is designed inside the material to make the material flow inward at the same time, which is the so-called hole setting method.