Hardness refers to the ability of a material to resist local deformation, especially plastic deformation, indentation or scratches. It is a measure of the hardness of the material.

The data in this table comes from the German standard DIN50150

Hardness refers to the ability of a material to resist local deformation, especially plastic deformation, indentation or scratches. It is a measure of material softness and hardness.
According to different test methods, hardness is divided into three types. 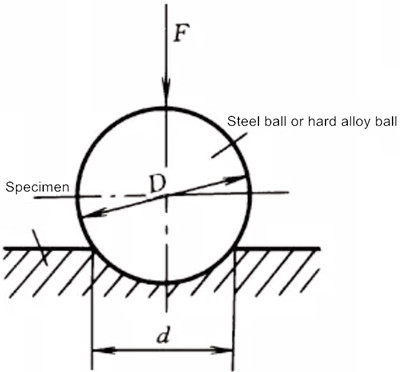 The difference between HBS and HBW is the indenter. HBS means that the indenter is a hardened steel ball, which is used to determine materials with a Brinell hardness value below 450, such as mild steel, gray cast iron, and non-ferrous metals. HBW indicates that the indenter is a cemented carbide and is used to determine materials with a Brinell hardness value below 650.
The same test block, when other test conditions are completely the same, the two test results are different, the HBW value is often greater than the HBS value, and there is no quantitative rule to follow.
After 2003, my country has adopted international standards equivalently, abolished the steel ball indenter, and all adopted cemented carbide ball heads. Therefore, HBS is discontinued, and HBW is used to represent the Brinell hardness symbol. In many cases, Brinell hardness is only expressed by HB, which means HBW. However, HBS is still seen in literature papers.
The Brinell hardness measurement method is suitable for cast iron, non-ferrous alloys, various annealed and quenched and tempered steels. It is not suitable to measure samples or workpieces that are too hard, too small, too thin, and whose surface is not allowed to have large indentations.

The applicable range of HRC scale is 20~70HRC. When the hardness value is less than 20HRC, because the conical part of the indenter is pressed too much, the sensitivity is reduced, then the HRB scale should be used; when the hardness of the sample is greater than 67HRC, the pressure on the tip of the indenter is too large, and the diamond is easily damaged. The life of the indenter will be greatly shortened, so HRA scale should generally be used instead.
Rockwell hardness test is simple, fast and small indentation, and can test the surface of finished products and harder and thinner workpieces. Due to the small indentation, for materials with uneven structure and hardness, the hardness value fluctuates greatly, and the accuracy is not as high as the Brinell hardness. Rockwell hardness is used to determine the hardness of steel, non-ferrous metals, cemented carbide, etc.

The principle of Vickers hardness measurement is similar to that of Brinell hardness. Adopt a diamond square pyramid indenter with an angle of 136° relative to the surface, press it into the surface of the material with the specified test force F, and then remove the test force after holding it for a specified period of time. Use the average pressure on the square pyramid indentation per unit surface area to indicate the hardness Value, the symbol is HV.

Vickers hardness measurement range is large, can measure materials with hardness in the range of 10~1000HV, with small indentation, generally used to measure thinner materials and surface hardening layers such as carburizing and nitriding.

A certain quality of impact body equipped with tungsten carbide ball head is used to impact the surface of the specimen under a certain force, and then rebound. Due to the different hardness of the material, the rebound speed after impact is also different. A permanent magnet material is installed on the impact device. When the impact body moves up and down, the peripheral coil induces an electromagnetic signal proportional to the speed, which is converted into a Leeb hardness value through an electronic circuit, and the symbol is marked HL.
The Leeb hardness tester does not require a workbench. Its hardness sensor is as small as a pen and can be directly operated by hand. It can easily detect large and heavy workpieces or workpieces with complex geometric dimensions.
Another advantage of Leeb hardness is that it has very light damage to the surface of the product, and sometimes it can be used as a non-destructive test; it is unique in hardness testing in all directions, narrow spaces and special parts. 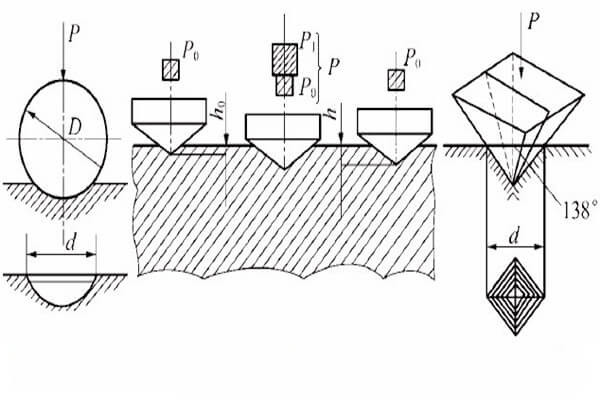