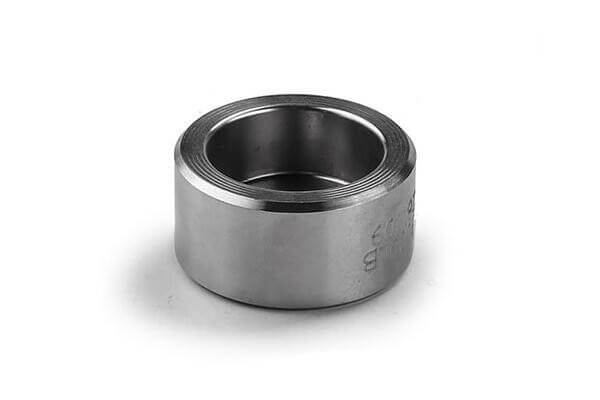 Name: Socket Weld Pipe Cap
Specification: DN6, DN8, DN10, DN15, DN20, DN25, DN32, Dn40, DN50, DN65, DN80, DN100. The commonly used order specification is DN15-DN50. If there are out of the scope of the specification, you can communicate with the customer about the design and processing of drawings.
Pressure: 3000lb, 6000lb, 9000lb or sch80, sch160, XXS
Material: carbon steel (CS), stainless steel (SS), alloy steel (as)
Standards: ASME B16.11, Hg / T 21634-1996, MSS SP-83, MSS sp-79, MSS sp-97, MSS sp-95, GB / T 14383-2008, SH / T3410-96, GD2000, GD87, 40T025-2005, etc., and non-standard processing and manufacturing can also be carried out according to the drawings.
Socket welding pipe cap is a kind of pipe fitting that seals the pipe at the end of the pipe. Forged pipe caps are divided into socket welded pipe caps and threaded pipe caps according to the connection form. The pipe cap, also known as plug, cap, pipe cover and bulkhead, is installed on the external thread of the pipe end to cap the pipe fittings. The utility model is used to close the pipeline with the same function as the pipe plug, but the pipe cap can be directly screwed on the pipe without other pipe fittings. It is generally used at the sampling port at the end of the pipe. After the sampling is completed, the pipe cap shall be screwed on. In special cases, after the pipe cap is screwed off, the pipe can be connected with the screw port, and the material can be taken continuously or temporarily. The pipe cap is generally used in the case of low pressure, which is convenient for disassembly and maintenance. The pipe cap is generally not used in the case of high and medium pressure. The pipe cap includes convex pipe cap, cone shell, variable diameter section, flat cover and shrink mouth design.
The r part of the dished cap is not spliced, which will reduce the thickness and high stress.
During splicing, the direction of weld is only allowed to be radial and circumferential. This requirement may be cancelled in the future for large socket caps. The splicing distance shall be more than 3 δ and not less than 100 mm (the heat affected zone of welding is a high stress zone, and the chemical composition in the zone will be burnt. Therefore, high stress area should be avoided, which is related to thickness. According to practical experience, the stress attenuation length is more than 3 δ, and not less than 100 mm). However, it is difficult for refrigeration equipment to meet this requirement.
The shape of the pipe cap is similar to that of the head, the material is more stainless steel, the size of the pipe cap is smaller, and it can be forged; the size of the head is larger, which is usually pressed by steel plate, the pipe cap is generally used for the end of the pipe, and the head is used for the upper and lower (vertical equipment) parts of the vessel equipment or the left and right end (horizontal equipment).
Socket weld cap, also known as: high pressure pipe cap, forged steel pipe cap, nominal diameter: 1 / 4 “- 5”, dn20-dn200, applicable medium: water, steam, petroleum and other materials: 321304304l, 316316L, 15CrMo, 12Cr1MoV
Connection type: Socket welding.