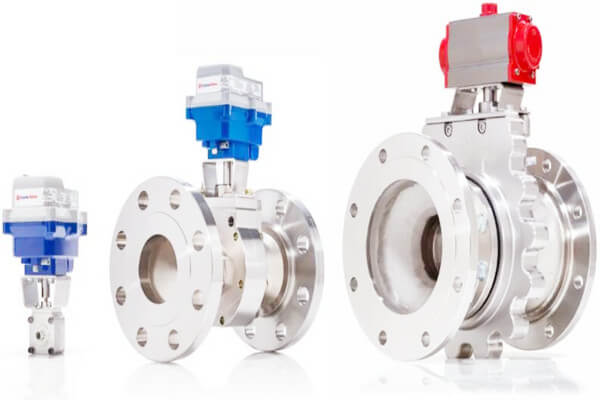 The strength test of the valve is the test under the open state of the valve to check the leakage of the external surface of the valve. For the valve with PN ≤ 32Mpa, the test pressure is 1.5 times of the nominal pressure, the test time is not less than 5min, and there is no leakage at the shell and packing gland.

When the valve is fully closed, check whether there is leakage on the sealing surface of the valve. The test pressure of the valve, except butterfly valve, check valve, bottom valve and throttle valve, should be carried out at the nominal pressure. When the working pressure can be determined, the test can also be carried out at 1.25 times of the working pressure, and the valve disc sealing surface is qualified if there is no leakage.

Gate valve, also known as gate plate valve, is a valve that uses the gate to control the opening and closing of the valve. It can adjust the pipeline flow and open and close the pipeline by changing the cross section. Gate valve is mostly used to do full open or full close operation of the fluid medium pipeline. Generally, there is no directional requirement for gate valve installation, but it can not be inverted.

The globe valve is a valve which uses the valve disc to control the opening and closing. By changing the gap between the valve disc and the valve seat, that is to change the size of the channel section to adjust the medium flow or cut off the medium path. Attention must be paid to the flow direction when installing the stop valve.
The principle that must be observed when installing the stop valve is that the fluid in the pipeline passes through the valve hole from bottom to top, commonly known as “low in and high out”, and reverse installation is not allowed.

Check valve, also known as check valve, one-way valve, is a valve that automatically opens and closes under the effect of pressure difference between the front and rear of the valve. Its function is to make the medium flow in one direction and prevent the medium from reverse flow. Check valve according to its different structure, there are lifting type, swing type and butterfly clamp type. Lifting check valve and horizontal and vertical points. When installing the check valve, pay attention to the flow direction of the medium, and do not install it in reverse.

The pressure reducing valve is a kind of valve which can reduce the inlet pressure to a certain outlet pressure by regulating, and keep the outlet pressure stable automatically by relying on the energy of the medium itself.
From the point of view of fluid mechanics, the pressure reducing valve is a throttling element whose local resistance can be changed. That is to say, by changing the throttling area, the velocity and kinetic energy of fluid will be changed, resulting in different pressure losses, so as to achieve the purpose of reducing pressure. Then, depending on the regulation of the control and regulation system, the fluctuation of the pressure behind the valve is balanced with the spring force, and the pressure behind the valve is kept constant within a certain error range.

The basic function of steam trap is to discharge condensate, air and carbon dioxide gas in the steam system as soon as possible; at the same time, it can automatically prevent steam leakage to the maximum extent. There are many kinds of traps with different performance.
According to the different working principle of the steam trap, it can be divided into the following three types:
Mechanical type: The operation depends on the change of condensate water level in steam trap, including:

Thermal static type: It depends on the change of liquid temperature, including:

Thermal power type: It depends on the change of thermokinetic properties of liquid.

Common faults and causes of valves

Other faults, causes and maintenance methods