What is a vortex pump

What is a vortex pump?

Vortex pump refers to a pump in which the impeller is an integral disc with many small blades on the outer edge, and the liquid makes repeated vortex movement in the blade and pump channel. Although vortex pump belongs to the category of vane machinery, its working process, structure and the shape of characteristic curve are different from centrifugal pump and other types of pumps. 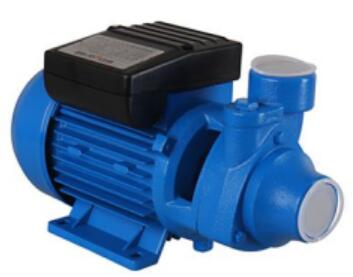 Vortex pump is a kind of vane pump. In terms of principle and structure, it is different from centrifugal and axial-flow pumps. It is called vortex pump because it sucks and discharges liquid by the action of vortex motion when the impeller rotates.
The main components of vortex pump include impeller, pump body, pump cover and their annular flow channel. Vortex pump impeller is different from centrifugal pump impeller. It is a disc with radial blades on the outer wheel. The liquid enters the flow channel through the suction pipe, obtains energy through the rotating impeller, and is transported to the discharge pipe to complete the working process of the pump.
The specific speed of vortex pump is usually between 6 and 50. It is a small flow and high head pump, which is suitable for conveying liquid or gas-liquid mixture with viscosity no more than 5 ° e, no solid particles and no impurities. Its flow range is 0.18 ~ 45 M ³/ h. The single-stage lift can reach about 250 M.
Vortex pumps are usually used in petroleum and chemical industries, especially in chemical fiber, medicine, chemical fertilizer and small boiler feed water.

Compared with other types of pumps, vortex pump has the following characteristics:

Vortex pumps have also been more and more widely used in many sectors of the national economy, such as: