What is metal material?

What is metal material? 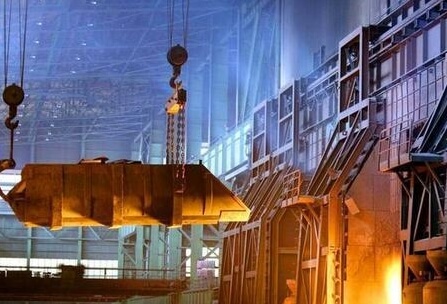 Cast iron – fluidity
As an unimportant part of our daily living environment, sewer covers are rarely noticed. The reason why cast iron has such a large and wide range of uses is mainly because of its excellent fluidity and its easy pouring into various complex forms. Cast iron is actually the name for a mixture of many elements, including carbon, silicon and iron. The higher the carbon content is, the better the flow characteristics are. Carbon can be found here in the form of graphite and iron carbide. 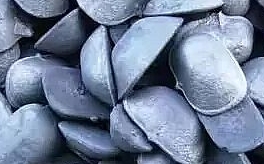 Many mechanical parts and engineering components work under alternating loads. Under the action of alternating load, although the stress level is lower than the yield limit of the material, but after a long period of stress cycling, there will be sudden brittle fracture, which is called fatigue of metal materials. The characteristics of fatigue fracture of metal materials are as follows:

The fatigue phenomenon of metal materials can be divided into the following categories according to different conditions:

Hardness is the ability of a material to resist a hard object pressing into its surface. It is one of the important performance indexes of metal materials. Generally, the higher the hardness, the better the wear resistance. The commonly used hardness indexes are Brinell hardness, Rockwell hardness and Vickers hardness.

The maximum ability of metal materials to produce permanent deformation without damage under the action of external force is called plasticity. Generally, the elongation of specimen gauge length δ (%) and the reduction of specimen area ψ (%) in tensile test is δ = [(l1-l0) / l0] X100%, which is the difference between the gauge length L1 after the specimen fracture is aligned and the original gauge length l0 (increase amount) ）Ratio to l0. In the actual test, the elongation measured by tensile specimens of the same material but of different specifications (diameter, section shape – such as square, circular, rectangular and gauge length) will be different, so special notes are generally needed, such as the most commonly used round section specimen, the elongation measured when the initial gauge length is 5 times the diameter of the specimen is expressed as δ 5, while the initial gauge length is the test When the sample diameter is 10 times, the measured elongation is expressed as δ 10. The reduction of area ψ = [(f0-f1) / F0] X100%, which is the ratio of the difference between the original cross-sectional area F0 and the minimum cross-sectional area F1 at the fracture neck after tensile test (reduction of area) and F0. In practice, the most commonly used round section specimen can be calculated by diameter measurement: ψ = [1 – (D1 / D0) 2] X100%, where d0 is the original diameter of the specimen; D1 is the minimum diameter of the fracture neck after the specimen is pulled. The larger the δ and ψ values are, the better the plasticity is.

The ability of metal materials to resist damage under impact load is called toughness. Generally, impact test is used, that is, when a certain size and shape of metal sample is broken by impact load on a specified type of impact test machine, the impact energy consumed on the unit cross-sectional area of the fracture surface is used to characterize the toughness of the material: α k = AK / F unit J / cm2 or kg · M / cm2, 1kg · M / cm2 = 9.8j/cm2 α K is called the impact toughness of the metal material, AK is the impact energy, f is the original section of the fracture surface Product. 5. Under the action of long-term repeated stress or alternating stress (the stress is generally less than the yield strength σ s), the phenomenon of fracture without significant deformation is called fatigue failure or fatigue fracture, which is caused by the local stress (stress concentration) greater than σ s or even greater than σ B on the surface of parts due to various reasons, so that the local plastic occurs With the increase of the number of times of repeated alternating stress action, the crack gradually expands and deepens (stress concentration at the crack tip), resulting in the reduction of the actual cross-sectional area of the local stress, until the local stress is greater than σ B, resulting in the fracture. In practical application, the maximum stress that the specimen can withstand without fracture under repeated or alternating stress (tensile stress, compressive stress, bending or torsional stress, etc.) within the specified cycle number (generally 106-107 times for steel, 108 times for non-ferrous metal) is taken as the fatigue strength limit, which is expressed by σ – 1, in MPa. In addition to the above five most commonly used mechanical performance indexes, for some materials with special requirements, such as aerospace, nuclear industry, power plant and other metal materials, the following mechanical performance indexes are also required: creep limit: under a certain temperature and constant tensile load, the phenomenon that the material slowly produces plastic deformation with time is called creep. Generally, high temperature tensile creep test is adopted, that is, under constant temperature and constant tensile load, the creep elongation (total elongation or residual elongation) of the specimen within the specified time or the maximum stress when the creep speed does not exceed a specified value at the stage of relatively constant creep elongation speed, as the creep limit, expressed in MPa, where τ is the test duration, t is the temperature , δ is the elongation, σ is the stress; or in, V is the creep speed. High temperature tensile endurance strength limit: under the action of constant temperature and constant tensile load, the maximum stress that the specimen reaches the specified duration without fracture, expressed in MPa, where τ is the duration, t is the temperature, and σ is the stress. Notch sensitivity coefficient of metal: K τ is the ratio of stress of notched specimen and smooth specimen without notch when the duration is the same (high temperature tensile endurance test): where τ is the duration of test, the stress of notched specimen and the stress of smooth specimen. Or: is the ratio of notch specimen duration to smooth specimen duration under the same stress σ. Heat resistance: resistance of material to mechanical load at high temperature.

The physical properties of metals are mainly considered as follows:

The adaptability of metal to various processing methods is called process performance, which mainly includes the following four aspects:

It refers to that metal materials can obtain the properties of qualified castings by casting. Castability mainly includes fluidity, shrinkage and segregation. Fluidity refers to the ability of liquid metal to fill the mold. Shrinkage refers to the degree of volume shrinkage when the casting solidifies. Segregation refers to the inhomogeneity of chemical composition and structure in the metal due to the difference of crystallization sequence during the process of cooling and solidification.

It refers to the ability of metal materials to change shape without cracks during pressure processing. It includes hammering, rolling, drawing, extrusion and other processing in hot or cold state. The malleability is mainly related to the chemical composition of metal materials.

It refers to the degree of difficulty for metal materials to become qualified workpieces after being cut by cutting tools. The machinability is usually measured by the surface roughness of the workpiece after machining, the allowable cutting speed and the wear degree of the tool. It is related to many factors such as chemical composition, mechanical properties, thermal conductivity and work hardening degree of metal materials. Generally, hardness and toughness are used to judge the machinability. Generally speaking, the higher the hardness of metal materials, the more difficult it is to cut. Although the hardness is not high, the toughness is large and the cutting is difficult.