Why can’t gun barrel be produced by casting instead of being drilled out with iron bars?

Gun barrel is one of the core parts of firearms, which is usually made of heat-resistant and non changeable metal tube. When a bullet is fired, the expanding gas generated by the explosion of gunpowder pushes the bullet through the barrel and shoots out of the gun at high speed.

In ancient times, the barrel of a gun was cast. At that time, people thought casting was the best method, but it was soon found that the casting barrel was generally thick and the gun head was heavy, which would seriously affect the accuracy of the gun when shooting. Moreover, when the casting process is cooled, it is very easy to produce bubbles, and it is difficult to achieve smooth inner surface of gun barrel.
As an important part of the gun, the barrel is also the worst working environment and the highest mechanical performance requirements of the whole gun. It often works in high temperature and high pressure environment. Under this condition, the structural strength of the barrel is very strict. If the quality is not up to standard, not only the accuracy of shooting will be affected, but also the chamber may be exploded. The quality of a gun barrel directly affects the service life and performance of the gun, so the processing technology of gun barrel becomes particularly important.
When a gun is firing, the inside of the barrel must bear a pressure of several hundred MPa, equivalent to thousands of atmospheres. That is to say, inside the barrel, it has to bear thousands of kilograms of pressure per square centimeter. The chamber pressure of domestic small calibre rifles is about 280-290 MPa, while that of NATO small caliber rifles is more than 350 MPa.
The iron bar used for gun barrel is not ordinary iron bar, it is called barrel blank. The gun blank is cast in the iron and steel plant, and then cut into alloy bar by machine tool, and then it can be transported to the gun factory. According to the gun type, the gun factory processes the alloy bar into the designed shape, and then begins to drill. At this time, the alloy bar becomes “seamless steel pipe”. Then, the core technology of gun making – rifling, and finally completing the paint crossing, a gun barrel is born.
In 1890, the first batch of 200 pieces of Hanyang made by Hanyang ordnance factory was imported from Japan at a high price. The blank used in t5000 high-precision sniper rifle in Russia was imported from the United States. (ORSIS rifle company, which produces T5000, is a private enterprise, so it is not restricted by western countries.)
After the rifling age and caliber standardization, the interior of the barrel becomes very complex, and the energy release of the bullet propellant is also doubled (the modern bullet propellant is nitrocellulose + nitroglycerin double base propellant), which requires the barrel to have very high strength (hardness and toughness), and it is basically impossible to produce qualified guns by casting Tube. 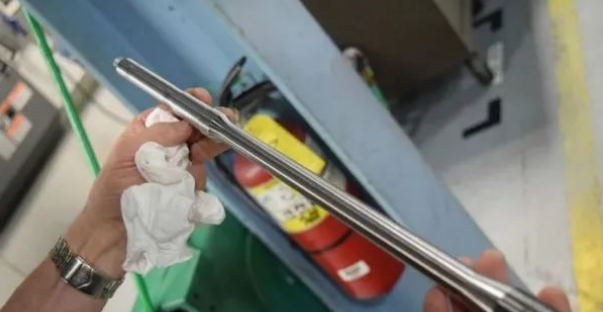 The conventional casting method can not be used for barrel manufacturing, because the conventional casting method is poured by mold, and the hardness and toughness of the gun made by this method are relatively poor. Therefore, in order to ensure the quality of the barrel, the cold forging method must be used for manufacturing.
Cold forging is usually drilled out with a drill bit. The barrel manufactured by this technology can withstand the huge impact force produced by continuous shooting, which can better ensure the accuracy of shooting. Cold forging technology is a great progress in technology for the safety and shooting accuracy of guns. It is just like this that cold forging technology is widely used in the manufacture of gun barrel all over the world.
At present, the barrel of most assault rifles, light machine guns and pistols are knocked out by cold forging machines. The appearance of this device is not impressive, but its technical level is very high. The hammering and rotation should be even and synchronous. If the speed of the hammer head is not consistent, the barrel of the gun will be deformed and will not form a regular circle.
The production process of gun barrel: the gun blank is cast and forged into bar in iron and steel plant, and the internal air hole is removed, and then sent to the ordnance factory for subsequent processing. After receiving the steel bar, the ordnance factory cut the steel bar into sections, remove the skin with many defects, and then use a deep hole drill to make a through hole in the center of the steel bar.
Then a steel inner core with the same pattern as rifling is used to pass through, and then one end is clamped on the chuck of the cold forging machine. The hammer head made of four brass is used to evenly knock the blank under the slow rotation of the cold forging machine chuck to make it elongate. Finally, the barrel needs to be polished and polished inside and outside surface, and the surface treatment such as chromium plating can meet the use requirements.
The barrel processed in this way not only has smooth inner wall, consistent size and uniform rifling, but also has extremely high overall mechanical strength and surface hardness. Proper surface roughness and rifling depth winding distance can fully play a role in controlling bullet rotation and firing direction and improving shooting accuracy. 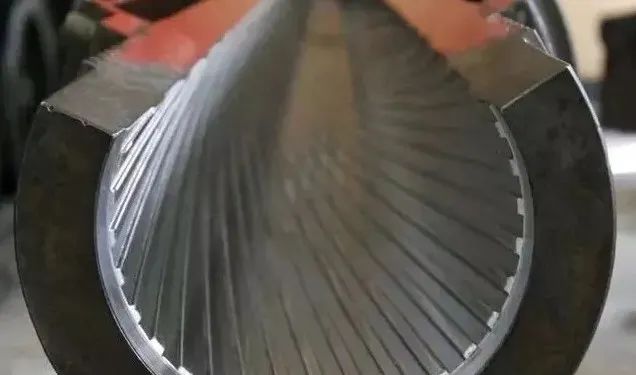 In short, modern firearms manufacturing seems simple, but in fact, it needs a complete industrial foundation to support. The countries in the world that can manufacture firearms are still a few industrial powers, and the manufacturers are well-known enterprises with a history of 100 years. In order to manufacture large-scale guns with stable performance and good quality in other countries, it needs a long process, especially the craftsmanship we often say God.

Article Name
Why can't gun barrel be produced by casting instead of being drilled out with iron bars?
Description
Gun barrel is one of the core parts of firearms, which is usually made of heat-resistant and non changeable metal tube. When a bullet is fired, the expanding gas generated by the explosion of gunpowder pushes the bullet through the barrel and shoots out of the gun at high speed.
Author
https://www.epowermetals.com
Publisher Name
www.epowermetals.com
Publisher Logo