Why should globe valve be low in and high out?

Globe valve, also known as shut-off valve, belongs to the forced sealing valve, is a kind of cut-off valve. According to the connection mode, it can be divided into three types: flange connection, screw connection and welding connection.
The flow direction of the stop valve is from top to bottom, so the installation is directional. In this way, the sealing performance of the valve disc is increased due to the pressure difference above the valve. 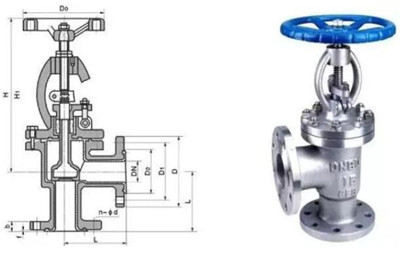 There are two shut-off valves in series on the bypass pipeline, and the second one requires “high in and low out”

In order to ensure the tightness of the valve in a maintenance cycle, the valve that is often opened and closed is required to be equipped with two stop valves in series. For the bypass system, the installation functions of the bypass are:

The boiler exhaust and vent stop valve is only used in the process of boiler start-up and water supply, and its opening and closing frequency is small, but it often causes the loss of working medium due to poor sealing. Therefore, in order to improve the tightness, some power plants install this kind of stop valve in the direction of “high in and low out”.